You have declined cookies. This decision can be reversed.

You have allowed cookies to be placed on your computer. This decision can be reversed.

If you already know the ZEISS Loxia 2.8/21 (394g) or the industrial version "Interlock Compact 2.8/21" (448g), there are not many news I can tell you apart from the signficantly reduced weight (227g) which comes for the price of an infinity-fixed focus (no focus ring). Image quality is not compromised - it is on the same (very high) level. A comparison of the Zeiss Loxia 2.8/21 to some other wide angle lenses which I made in 2016 can be found here.

The new Ventum adresses the needs of aerial photographers who like to save any extra gram on their drones paying off as additional flight time. If you use it for example with the latest Sony A7 series, the A7RIV (665g), you still get a package below 1kg which allows you to use also a lighter gimbal than you would have to use with a Loxia 2.8/21 - saving weight on both components. 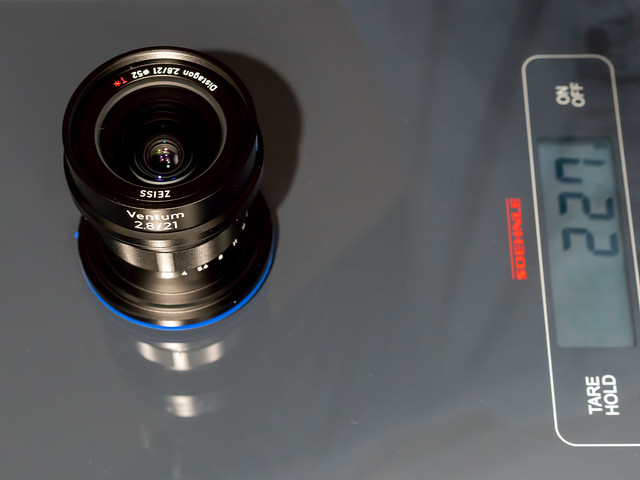 Beside the reduced weight it is worth to mention that the Ventum is splash water and dust resistant.

Compact and lightweight wide angle constructions often suffer from distortion and blurry edges. On Sony full frame E-mount, legacy lenses also often add some edge smearing due to the way the light has to pass the sensor filter stack. As the Loxia was designed from scratch with E-mount in mind, it manages these challenges exemplarily. Distortion is well controlled and you get sharp egdges already at open aperture f/2.8. Let us take a look at some examples - you can click on them to be taken to the full resolution: 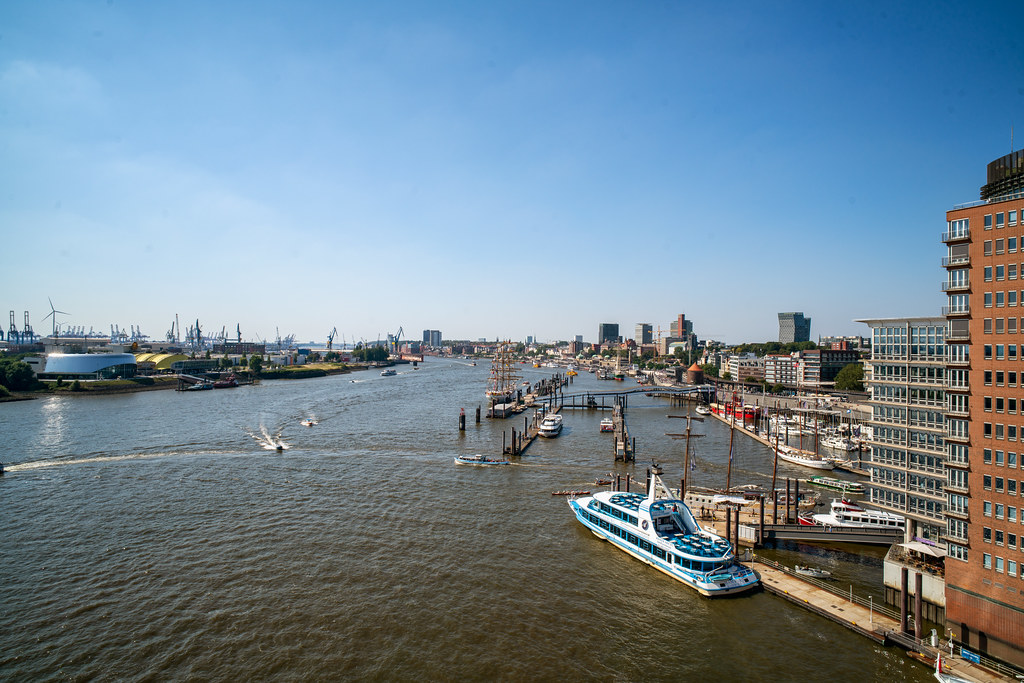 Although the image above already shows a more aerial typical perspective (approx. 40 m elevation), it is not well suited to show you the lens performance in the corners at far distances. So I decided to take them a bit rotated as well:

Also the following example - although boring as hell - can give you a good indication about distortion, corner sharpness and light fall-off at open aperture f/2.8 (click on the image to access full resolution version). 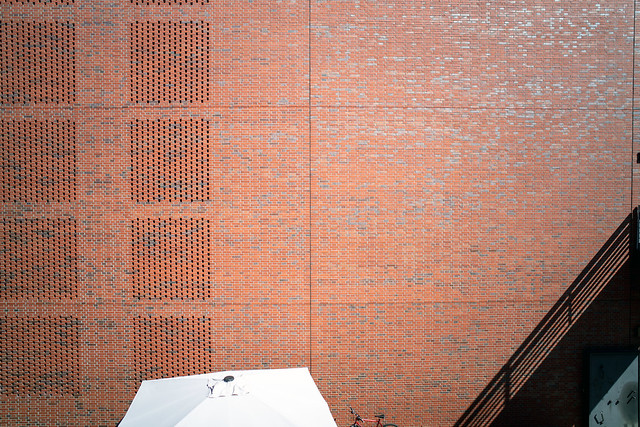 As the lens has a fixed focus to infinity, you should be aware that depth of field (DOF) depends on the aperture setting and that there is no option to focus on close objects. ZEISS recommends a minimum object distance of 15m - which is usually no problem when you use it for aerial photopgraphy. On the positive side, you do not have to care for focus and there is no risk of mis-focused images as long as you keep the minimum distance. The following picture gives you an indication about the DOF at open aperture and from where you can expect sufficient sharpness:

The lens can produce nice sun stars at f/16:

The T* coating of the lens is able to protect contrast at a high degree even when you shoot against the sun. It is very hard to produce lens flares but at f/22 they became visible (intensified by heavy image processing):

A leightweight full-frame lens with a viewing angle of 91° on the quality level of a Loxia 2.8/21 - that's what aerial photography enthusiasts and professionals have been waiting for. Leaving out the focus adjustment is no problem as long as you do not plan to use this lens for close up objects and it reduces the risk of misaligned focus due to vibration. My only wish would be an even lighter version with a reinforced plastic housing.

Currently there are not many lightweight native E-mount alternatives. The E-mount version of the Voigtländer Color Skopar 21mm f/3.5 has about the same weight, but is not splash water / dust resistant, half a stop slower, has some more distortion and is not as sharp at open aperture. The Samyang 18mm f/2.8 (announced in August 2019) may become interesting, as it provides autofocus, a viewing angle of 100° at only 145g. We will have to see which performance it will be able to deliver.

Product page of the vendor: https://www.zeiss.com/ventum

Disclaimer: The lens was provided as a test sample bei Zeiss. KopterKraft is not affiliated with Zeiss.

JSN Yoyo is designed by JoomlaShine.com